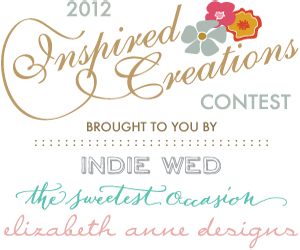 During the last week, we (Ami from Elizabeth Anne Designs, Cyd from The Sweetest Occasion, & I, Kelly from Indie Wed) went through the batch of proposals we received for our first live Inspired Creations Contest to be held at the upcoming winter Indie Wed.  There were a ton of amazing entires but we had to narrow it down to a mere six.  We were inspired by all the creativity and decided to choose the most diverse group we could in terms of styles as well as ideas they were presenting.

I want to take some time over the next week or so to introduce you to the six teams with a very small teaser as to what they will be presenting live at Indie Wed.

First up is the team of:

Maypole Studios,
Love Lulu Mae,
Busy Beaver Buttons
& 3 Line 9 Productions.
Their concept was for a photo booth area for your wedding that combines the hypothetical couple’s love of vintage as well as music.  The photo booth will be interactive and involve a cool giveaway for guests.  Their inspiration?  Think, Boardwalk Empire!  How cool is that.  Here is a little inspiration board they sent along to give us a little idea. 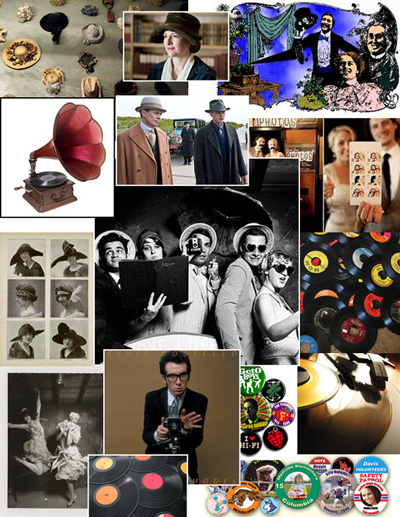